Preservation Long Island continues to support the efforts of our local advocacy partners, the Oakdale Historical Society (who received our 2019 Organizational Excellence Award). Please contact the Oakdale Historical Society to find out how you can help them address dangerous and deteriorating condition issues at Idle Hour. The property is privately owned by Mercury International LLC, which reportedly owes $3 million in back taxes to Suffolk County. You may also contact local officials to report poor conditions and other concerns:

On November 29, 2018, the Islip Town Board voted unanimously in favor of adding Idle Hour’s mansion, powerhouse, well, and “love” tree to the town’s Planned Landmark Preservation Overlay District (PLP).  Congratulations to Islip residents and three cheers to our friends at the Oakdale Historical Society whose energetic advocacy inspired broad community support for this important designation!

Although future plans for Idle Hour’s structures are undecided, PLP designation is intended to protect the mansion, powerhouse, well, and love tree from demolition and encourage a sensitive approach to their adaptive reuse. In May 2018, the Oakdale Historical Society asked the mansion’s new owner, Mercury International, to make some repairs to the Vanderbilt Well where a large shrub had been growing unchecked for some time. Mercury International’s property manager removed the shrub and allowed the historical society to plant the well with new annual flowers donated by Home Depot.

The new plantings have helped build positive relationships and productive communication between Idle Hour’s new owners and the surrounding community. While the property’s future remains uncertain for now, Mercury International appears to be interested in pursuing a historically sensitive plan for reuse, which includes listing on the town’s PLP, and perhaps also the National and State Registers of Historic Places. Town of Islip residents may express their support for an adaptive reuse that preserves the historical and architectural integrity of the structures by contacting the town’s planning board at: 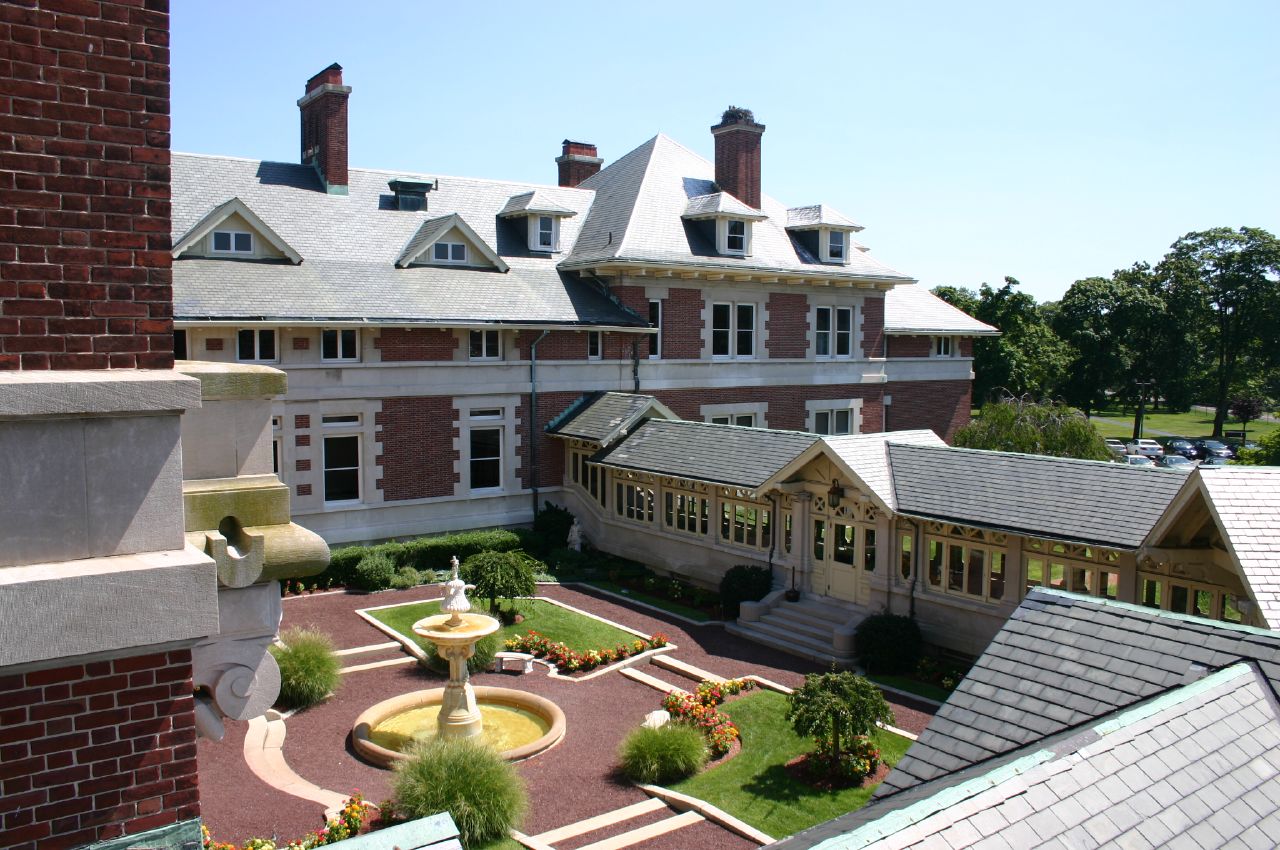 Situated along the Connetquot River in the western portion of Oakdale, Idle Hour is the former 900-acre estate of railroad mogul and financier William Kissam Vanderbilt I. Many of the estate’s exceptional buildings were designed for Vanderbilt by celebrated American architectural firms like Hunt & Hunt and Warren & Wetmore. Vanderbilt was drawn to the area by the nearby Southside Sportsmen’s Club (now Connetquot River State Park Preserve) and joined other wealthy Club members who commissioned lavish country retreats on the Great South Bay. These estates historically link the late 19th-century development of Long Island’s South Shore to the prosperity generated by America’s commercial and industrial growth during the period. Following Vanderbilt’s death in 1920, the estate was subdivided, but the buildings remained and a lively suburban community grew up around them in western Oakdale. Today, Idle Hour’s exceptional historic buildings continue to embody the surrounding community’s strong ties to the Vanderbilt-era, a connection that is widely recognized and celebrated by those who live and work in Oakdale.

Unfortunately, when Dowling College closed in 2016-7, the Town of Islip had yet to officially recognize these buildings as local landmarks, leaving many of Idle Hour’s most important structures, including the mansion, vulnerable to demolition. According to Newsday, as of August 2017, the mansion and other Idle Hour properties were purchased by Mercury International LLC of Delaware, an affiliate of NCF Capital Ltd. Prior to landmark protection, these buildings were vulnerable to demolition and intensive redevelopment.

Preservation Long Island advocates for the Town of Islip’s Board to designate Dowling College’s former Idle Hour properties as local landmarks in order to protect and preserve these significant historic resources in the heart of the Oakdale community from demolition or insensitive redevelopment. We also advocate for listing on the National and State Registers of Historic Places, which offers opportunities for financial incentives like the Federal Historic Tax Credit program.

Town of Islip residents may express their support for an adaptive reuse that preserves the historical and architectural integrity of the structures by contacting the town’s planning board at: